When you follow a tutorial on “how to build a grpc client”, it will often look something like this:

There may be a line saying “Make sure you remember to close the connection” (that’s the defer conn.Close() bit, the defer makes sure it is the last thing that always happens when the function exits). Or maybe there wont be, and it is taken as given that whoever is reading will either “just know” to do it, or will be copy-pasta -ing the whole thing, which in this case is not so terrible.

But those of us who have always “just” thrown in the defer as the “right thing” to do may not know fully why it is the right thing. What exactly happens when clients, long-running clients in particular, don’t close their connections to the server?

Normally I find out what a thing does be removing it and observing the chaos. In this case, the thing was already removed, and it presented in a interesting bug which took us a moment to trace back to the un-disconnected clients.

I had been messing around, building some spikes for possible usecases of Liquid Metal, when I noticed that often I would come back to my environment the next day to find that my flintlock (gRPC) server had frozen up.

Client requests from my CAPMVM controller and from my little CLI tool, hammertime, would hang for a bit, then eventually error with:

which told me nothing, and Google didn’t give me anything either. The most you can glean from that error is that the service is still up, but is so jammed that it cannot respond with the most basic ack to any client.

At the time, I had other things to do, so I noted the issue and restarted my flintlock server, which made things work again for a time.

We then got a report from someone in CX that they were seeing the problem on their long-running Liquid Metal environments too, so we both took a morning to investigate.

It turned out that my environment was back in that state again, so I started to poke around, while the other member of my 2-person team, the venerable Richard Case, focussed on getting a faster reproduction going.

After checking the basics (service status, flintlockd logs, process/thread stacks, etc), I took a look at the network:

Basically there were over a thousand open connections to my flintlockd server, which had hit the open file limit set by the system I was running on. I guessed that restarting the service had made the problem go away because all of those connections would have been closed.

All the connections went to the same IP which was likely my CAPMVM controller, which would have been opening (and not closing) several connections per reconciliation loop.

This time I closed them all without restarting, in case the restart was masking something else.

After this I re-ran my hammertime command and it went through fine. The un-closed connections were the culprit.

Richard had come to the same conclusion via a different symptom at about the same time. For his part, he had written a small client which would loop, open a connection to flintlock, NOT close it, and call an endpoint until it couldn’t anymore. On the other side he had started a custom flintlock server in which he had enabled pprof.

While the client tool ran, he saw the number of server goroutines (and allocs) increase until the server stopped processing requests and the client started receiving the "failed to receive server preface" error. 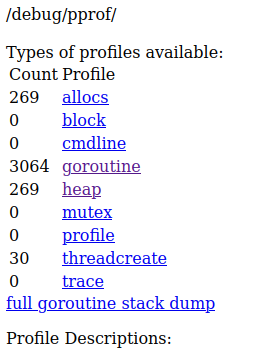 When he rebuilt the client to close the connections, the goroutines stayed stable, and the server continued to serve requests without issue. 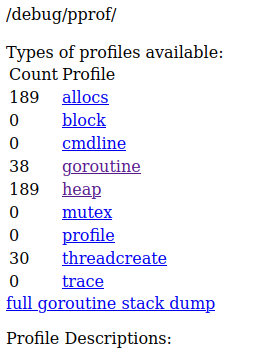 Note that here the maxing out of allowed open connections and the number of goroutines are likely to be unconnected. Either flintlock had so many routines open that it couldn’t process more, or the system had said “no more open files” which meant flintlock’s hands were tied.

It is also interesting to note that this bug only appeared because of the way we were communicating with the service:

If the client had re-used the same connection throughout, or if it exited after calls thus disconnecting, we would not have seen the issue.

Most often the “right thing” has a good reason for being “right”, and it was nice to get to see the reasoning and repercussions of this one.

Basically: whatever you are opening (files, connections, the fridge), close it. With a defer if you have one.

For a full repro of this bug, as well as an illustration of how to set up pprof on your service, I have set up a dummy service and client here.